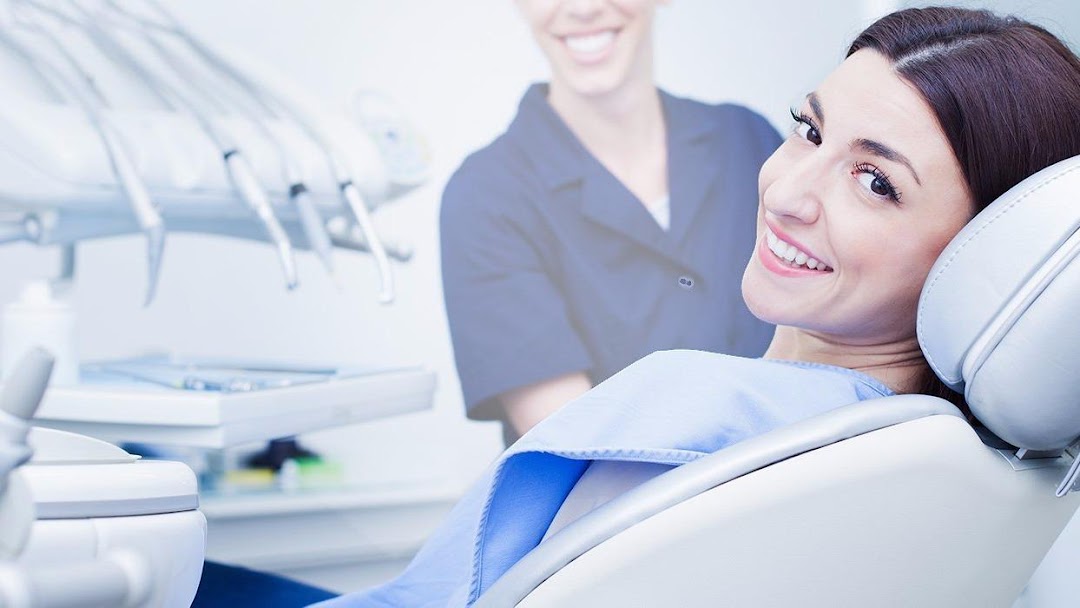 My children and I used this dentist for about a year and a half. Recently, I received a message from the dentist that its time for a cleaning. I call to make the appointment and the receptionist repeatedly asked me what type of insurance I have. I was confused and explained I am not a new patient. The receptionist ignored my concern and asked me once again, what insurance do I have. She then proceeded to tell me that my insurance is no longer accepted. I think that a courtesy call would have been nice, explaining that my insurance is no longer accepted. Instead I get a reminder to schedule a cleaning, and then the receptionist speaks to me in a demeaning tone. This was very unprofessional and even though my childrens insurance is still accepted-it will be a cold day in Hell before they go there again.

This is the best dentist I have ever been to considering that I havent been to dentist in about 5 years. Dr.Lee is a great doctor, he explains the procedures that i needed very well and was very understandable and he made sure that I was comfortable because I do get nervous when I go to the dentist, overall I am very happy I found this practice and I will definitely be going back. I highly recommend for anyone who is looking for a really good dentist.

Very professional and friendly staff!! The dentist is very knowledgeable and provides great care. He cares about his patients needs and goes above and beyond to make them happy. I went in for a cleaning and had some cavities done, was extemely pleased. To him your not just another number. I would highly recommend to others.

Had a really bad toothache that wouldnt go away. Found Shelton Dentist online, called and was able to get an appointment the same day. Had an infected tooth that needed to be pulled. I was anxious but Dr. Lee and his staff were wonderful, very kind and reassuring which made me feel calm and put me at ease. Overall, a very pleasant experience. Would definitely recommend!

Wonderful, caring doctor. Helped me out in an emergency with a cracked tooth. Fixed me up same day and accommodated me in between patients. Staff is lovely also. Highly recommend

My family and I have been here and from our experience, this place is great. Service here is good and the staff is very friendly. I was shocked since most dentists are boring and average mannered but the girl at the front desk was very pleasant. If I remember correctly her name was Stacey? She deserves a raise! Anyways I saw a negative review and won’t mention names mostly because you can’t miss it and well they won’t put their full name but that is absurd. Rest assured this place will treat you right!

Refused to work on broken tooth.Did root canal on wrong tooth.There is a hole in the crown they put on, so now there is another cavity in that tooth.Recommended work be done on teeth that wasnt required due to higher cost.Refused to forward medical records when requested.Overall, Im very disappointed and will be contacting the state dental board.

Dr. Lee and staff is very professional about what they do. Whenever I go to his practice I always feel like Im well taken care of.. I highly recommend.

If youre look for a dentist that can treat you and make you feel calm and comfortable then this is the place you want to be. Dr. Lee and staff is very professional this will be my main dentist for everything. I recommend.

Great dentist, great staff Im very comfortable coming to this dentist hes really good at what he does if not I would say hes probably the best dentist I have been to. I highly recommend!!

I’d been seeing Dr. Lee since I moved to Shelton about a couple years ago. He was very kind to me because I’m typically pretty anxious in the dentists office and he was very reassuring. However. I had been reporting some occasional pain, and whenever he’d look, he’d say it’s probably just sensitivity, and there’s nothing going on. I also could have sworn I was feeling something weird with my tongue on one of my molars, and again, nothing there. However I was recently in so much pain I tried to go in and he was away because of a family situation, which isn’t his fault, but when I went to another dentist they told me one of my fillings was chipped! So that’s clearly something that’s not right and should have been easily spotted before. He had definitely seen me since I was feeling the weird spot in my molar. This other dentist also suggested I try a special mouth rinse and prescribed it for me to, at the very least try to HELP MY PAIN. I won’t be returning to Dr. Lee because of this. Such a shame, I wish he’d listen to his patients a little more.

Very friendly and knowledgeable staff , felt very comfortable and everything was explained clearly and any and all procedures are done in the office , which is a big plus .

I cracked my lower dentures and lo and behold doctor had them back to me in 6 days! And as usual very comfortable again its always a pleasure to stop by and see everyone there and I even bring cookies once in awhile!! This is where you want to be with a primary dentist!!!!

My friend recommended this place and I was really pleasantly surprised.The staffs are very friendly and Dr. Lee is very knowledgable and professional. He explained clearly about my current condition and offered different options for my treatment and I felt he genuinely cared about my well being. I would definitely be coming back despite the rather long drive and highly recommend him to others.

Dr. Lee is great! Really made me feel comfortable and took time in his office to go over a thorough history. There was absolutely no waiting time and he greeted me personally at the waiting room. I would absolutely recommend him as a primary care dentist!!!

Very nice doctor. most important, he knows his stuff and he is a master at this. he not only did his job he went beyond.. would highly recommend... got my crown installed today, it was actually relaxing.. Dr. Lee has been the best dentist i have ever dealt with in my life (3) one i wont mention because i was a very young and i had 4 wisdom teeth removed and he used the nitrous oxide and all i remember how amazing it felt.. NOTE TO PARENTS>> avoid nitrous oxide for your kids, not because its dangerous but because its an experience that is so incredible, if they are at some music festival when they get older I bet they would be more likely to try it again.. to this day , it was one of the most amazing childhood memories i have had, i felt like i left my body and well, words cant do it justice, but i left saying how awesome it felt. Dr. Lee does not use this , from my understanding and i think that is fantastic..

The most positive dental experience in my entire 61 yrs! The office staff (Stacy)and dental assistant (Chaz)were equally fantastic! I would highly recommend this dentist Dr. Lee!

Dr. Lee went out of his way to schedule me for some emergency work. I had found him through the 1800 dentist website thing...but he himself called me back at 10oclock at night to find out what was wrong and get me in fast. How many Drs you know that would do that?! His whole staff are incredibly nice and he did great work with my horrible teeth. Wont go anywhere else ever again...

I had an amazing experience at Dr. Lee office since the day one. Everyone there is so professional and very friendly. I loved going there each time and will definitely go back for future check ups. Dr. Lee not only did an awesome job with my teeth but also guided me with everything so I wont be financially responsible for all the treatments. Im very thankfull...its not easy to find such a good dentist these days who really wants to help you.

The service here is good, they take care of you as quickly as they can. the staff is also very polite and funny. they make you feel comfortable

I loved the atmostphere at this dentistry. The staff was very kind and professional and there was no long waiting time. Dr. Lee was absolutely beyond my expectation. Both my child and I were treated by him and he was very good with children as well. He was very friendly, detail oriented, and patient. I will definitely return to him for any furture dental services.

I just spent 3 hours in the care of Dr Lee who did several difficult procedures..He got the anaesethtic just right so I was quite comfortable .. and I have no gum pain afterwards. l cant believe how much better my teeth look!Im writimg this on the day of the visit because i thought I would have to go to the City or Danbury or Stamford to get such virtuoso treatment. Yay Shelton !Great staff.. modern equipment. In general very friendly, flexible and smart patient care. Thank you.

Im usually nervous to go to the dentist but dr.lee really did make me feel comfortable, hes beyond friendly and he really does care for his patients, he talks to you about everything before he starts working. I highly recommend going to his office, and if you get nervous like I do he is the dentist to go to.

Love shelton dentist, best experience. I used to to go to Dr. Dental in Derby and the staff was not as welcoming. In shelton dentist they all know me and it feels like a family and I like that, and the price is worth it. From now on this is my dentist! And it should be yours to

The staff is beyond nice! even though i had to wait alittle while, its okay, Dr.Lee was friendly and he always keeps it fair.